2019 was a year full of musical chaos. Lil Nas X essentially introduced a new genre of music, Kanye West became a Gospel artist, and Drake took one of the biggest L’s in the greatest rap beef in recent years. Tay-K, a 19-year-old rapper from Arlington Texas received 55 years in prison, and Tekashi 69, one of the greatest trolls of the Hip Hop Community, went against the number one code of street life. After co-operating with the federal government by testifying against former gang members in order to avoid jail time, he received 2 years in prison. Kodak Black, YWN Melly, and many more were sent to the slammer as well.

2019 was also the year of newer artists, ranging from certified hit-makers like Dababy and Roddy Ricch, to newer female artists such as Megan Thee Stallion and Lizzo. As expected, a lot of new albums were released, and below are my choices for the top 10 best rap albums of the year.

Kanye West’s coming out as a born-again Christian confused a lot of people at first, myself included. Was he being serious? Was it just a publicity stunt? Did his bipolar disorder finally cause him to go mad? Fortunately, all of these concerns were laid to rest when Kanye West scrapped his long-awaited Yandhi project, and instead gifted us with Jesus Is King. As with any Ye album, the production is top-notch. From full-out Gospel tracks such as the intro to typical rapping such as on “Follow God”, there is something for everyone on here. Although there are many things to like about JIK, there are also some flaws. Tracks like Follow God feel as if they end before they have even gotten a chance to really start, and songs such as Closed On Sunday sound like Ye stopped putting any effort in. Although the album is very good, compared to Ye’s other work, it ranks towards the bottom of his discography.

Standout Tracks: Follow God, Everything We Need, Water, Hands On, Use This Gospel

9. Please Excuse Me For Being Antisocial 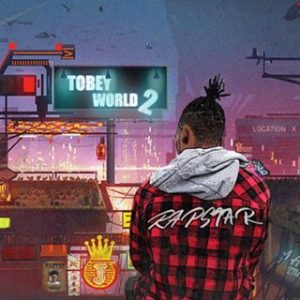 Perhaps one of the more unknown artists on this list, Tobeyworld! brings an exciting and refreshing taste to hip hop with his debut album. Boasting nearly 200k followers on his Instagram account called thehoodpriest (one of the best meme pages on Instagram in my opinion), Tobeyworld! is merely disregarded as just another generic meme-style rapper. But on this project, Tobeyworld! proves otherwise. While many of the songs are more humor-driven, such as Girls World and Jake Long, who’s title is a reference to the main protagonist from the Disney cartoon American Dragon, he also has more serious tracks such as I’m a Star. Clocking in  at just over twenty-two minutes, Tobeyworld! has crafted a great album with a nice blend of humor while never taking himself too seriously. If his future projects keep the same appeal, then he could definitely be the next Ugly God, or perhaps, even better. 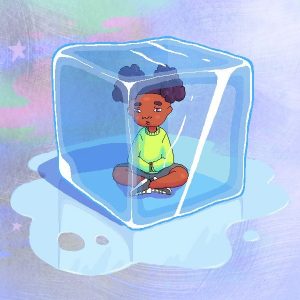 Despite Tobi Lou not making much of a mainstream presence this year, he did have quite a standout moment on TikTok. Although Buff Baby, the track that blew up, thankfully doesn’t appear on the album, Tobi Lou proves that he is much more with this release. Though it doesn’t open up with much of a promising start, the album starts to pick up more with I Was Sad Last Night, I’m Okay Now. From bass-heavy tracks such as 8720 to more melody-driven tracks such as Sometimes I Ignore You To, It’s clear that Tobi is comfortable experimenting with stepping out of his comfort zone by experimenting with different vocal ranges. However, at times it does feel like it’s dragging. Clocking in at 1 hour and 17 minutes, it’s not a stretch to say that some of the songs should have been cut, especially the second half of the project since it’s not as good due to the songs starting to become lazy and repetitive. Despite this, it’s still an impressive debut, and hopefully the rest of Tobi’s work continues to be as great. 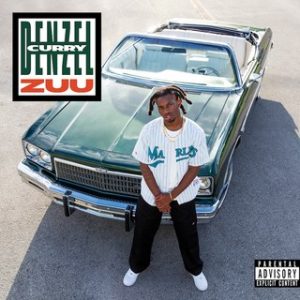 In 2018, Denzel Curry released one of his best projects to date with the release of TA13OO. In 2019, he’s back again with the release of ZUU, an album he’s described as “All Miami”. With effortless rhymes from Denzel on tracks like Speedboat, to bass-heavy tracks such as the  title track and Ricky, Denzel solidifies his spot as one of the goats of our generation. With amazing wordplay, delivery, and flows, Denzel yet again keeps us wanting more by the end of the project. 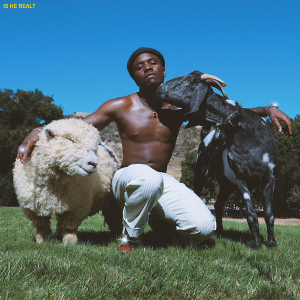 IDK is easily one of the most underrated artists of this generation. On Is He Real?, IDK asks a very controversial and non-simplistic question: is God real? Setting up the concept of the album with the intro track, IDK then reminisces on memories of his Church experiences from his early childhood on the next track, 42 hundred choices. Concept aside, tracks No Cable and Digital allows IDK to touch on controversial subjects, such as the media controlling narratives to push certain messages and the very flawed and racist criminal-justice system. Although the concept in theory is a very good choice, IDK often has trouble maintaining it, and at times retorts to a very biased and distorted view of Christianity. Overall, IDK released a very impressive album that’s filled with impactful stories and flawless transitions with a concept that could have been executed better. 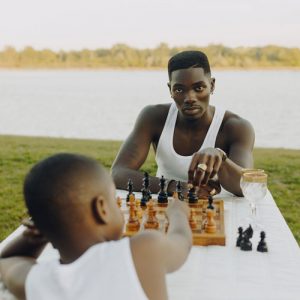 TOBi, who’s real name Oluwatobi Ajibolage, is a Nigerian-Canadian rapper and singer who released his debut studio album in May of this year. From start to finish, STILL instantly captivated me. TOBi’s unique voice meshes well over beautiful piano melodies, and even experimental tracks such as Locked In ends up being one of the best songs on the album. If you’re  looking to take a break from mainstream rap, then STILL is the perfect place to start. 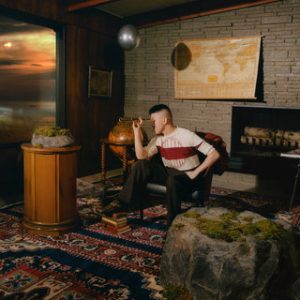 Rich Brian is one of the most surprising acts of this decade. Wiith the 2016 release of his debut single Dat $tick, many people dismissed him as nothing more than a viral internet meme. Certainly, nobody expected him to be relevant three years later. Yet here we are. With this being his sophomore album, Rich Brian shows an incredible amount of growth in terms of his musical ability. Tracks like Yellow and Slow Down Turbo are perfect examples of this, with both of these offering cinematic production and impactful and detailed lyrics, as well as how amazing his vocals are.  The tracks cover many topics, from Brian reminiscing on previous relationships, to him detailing the risks and struggles he had to make in order to achieve his life long dream as being a rapper, such as him leaving Indonesia alone at the age of 17 and traveling to the US. In conclusion, Brian’s album differs from his debut album by showing a lot of growth and maturity, and I can’t wait to see what else Brian has left to offer. 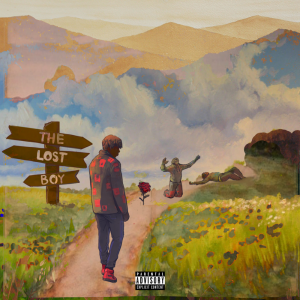 Even when YBN Cordae was still apart of the YBN group with YBN Nahmir and YBN Almighty Jay, he was definitely the standout artist of it, and the rest just seemed to limit his potential. Thankfully on his grammy-nominated debut album, none of them appear on it, allowing Cordae to fully shine. The project offers a variety of different sounds, from heavy-hitting instrumentals such as Have Mercy and Broke as ****, to the more laid back melodic tunes like Bad Idea (feat. Chance the rapper) and Way Back Home (feat. Ty Dolla $ign). Cordae also raps alongside legends such as Meek Mill and Pusha T, yet despite this he is never over-shone by them. If Cordae’s later work sounds as great as this, then he will most definitely go down as one of the greatest rappers of all time. 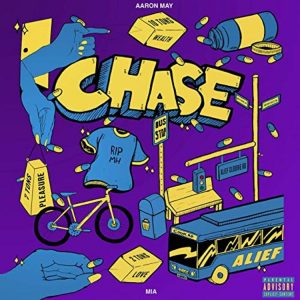 “What do you chase?” is the tag line and main theme of Aaron May’s beautifully constructed debut album. Impressively, out of the nine tracks that appear on the album, May has producing credits on six of them. In Dreams and In Love, Aaron talks about the things he chased in the past, then talks about letting go of those passions on Let Go, easily one of the best songs of the year. Aaron then follows up with more bangers, before eventually concluding the album with the title track. Aaron let’s go of the bass-heavy instrumentals the we became accustomed too on the previous tracks, and instead constructs a heartfelt poem in which he concludes by revealing the realizations he’s made in his short lifetime. CHASE is a story of Aaron May’s personal growth and maturity, and I’m glad I’ve discovered him so early into his career. Mark my words, Aaron will become one of the biggest rap artists in the next two years.

Standout Tracks: Literally all of them. Seriously, check it out.